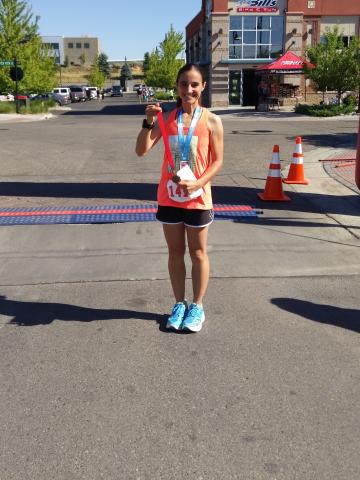 I have been wanting to share my story of our milk business. For as long as I can remember, I did not like to drink milk!! Even thinking about sitting down for a glass of milk made me gag. On the mornings when I would have a bowl of cold cereal, my stomach would churn and I would be sick for several hours. Soon I started to associate cold cereal with stomach aches. All through high school, college and into marriage, I would instead have a bowl of hot cereal made with water instead of milk. After my husband and I were married he would occasionally bring home raw milk from the farm and I would try it. Again, those stomach aches would come. Not as bad, but yes, they still came!! This was so discouraging because those stomach aches always settled in at the worst time. I love to run and have most of my life. One of my biggest dreams was to run a full marathon and one day run in the Boston Marathon. However, I could barely make it through 13 miles let alone 26 without stomach issues. I soon cut milk out of my diet to try and help. How could a person be married to a dairyman and not like milk!!!?? In 2016 we were approached by a friend about our cows. A majority of our cows are Guernsey's so she asked us if we had ever heard of raw milk with the A2/A2 protein. Even though Guernsey's are the highest producer of raw milk with the A2/A2 protein, we had not heard of it. She suggested we get into the raw milk business. You know when you are suppose to do something and you have that persistent thought and push to do it? Well, that's how I felt! I knew we needed to do this!!! I'll be honest though - I was extremely leery of this whole thing. Was it just another fad? I didn't know, but I knew we needed to do it!!  We quickly did genetic testing on our cows, purchased all of the supplies, applied for permits, went through the process of health testing and having a separate tank and equipment for our raw milk business. I still remember the first day I tried a drink of raw milk. I was so skeptical and hesitant. I did not want the stomach aches that usually came with drinking milk. Guess what though??!! Those stomach aches never came!! The next day I decided to try a bowl of cereal and again, no stomach ache!! The true test came when I had a bowl of hot cereal made with raw milk before a long run. How would I hold up then? It was INCREDIBLE. No tummy issues! In fall of 2016 and also again fall of 2017, I qualified for the Boston Marathon. Last spring, I fulfilled my life long dream of running in the Boston Marathon! Now today, I don't just have milk on my cereal and in my smoothies but I actually find that my body craves it!! The wonderful combo of raw milk has been such a game changer for me. The raw milk has the natural enzymes in it that help break down the lactose and my body can digest the A2 protein where it didn't digest the A1 protein!!! This is my story. Have you tried raw milk with the A2/A2 protein? I would love to hear your story!

Where can you find Paradise Grove Dairy Raw Milk?